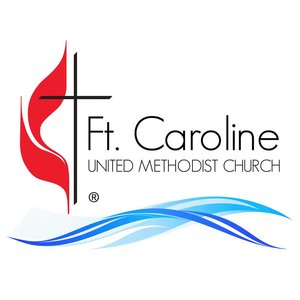 Rev. Soto was born in New York City to Puerto Rican parents who came to the United States after the Second World War. Even though he is a third generation Latin American Protestant (his grandmother came to Christ through the efforts of Baptists from the USA who came to Puerto Rico after the Spanish American War) it was not until the age of 15 that he had a personal experience with Jesus Christ in a Hispanic Protestant Church in Brooklyn, NY. After high school he worked for the American Bible Society in NYC. Moved by a growing sense of a calling, he went to study at a theological school in Costa Rica. From there he went to Guatemala where he studied for the Christian ministry and was ordained by the National Presbyterian Church of Guatemala as a minister of the Christian Gospel on  October 23, 1973. he spent ten years of his life in Guatemala teaching the faith and learning about the spiritual needs in Latin American culture. He returned to the United States to continue his theological education and in 1982 he obtained a Master of Divinity degree from Sioux Falls Seminary (formerly known as the North American Baptist Seminary). In 1989 he was awarded a Master of Theology degree from Princeton Theological Seminary with an emphasis in Historical Theology. While at Princeton, he served on the committee that initiated the Hispanic Continuing Education Program. His scholastic work culminated with being awarded an Honorary Doctorate of Theology from the Florida Christian University in Orlando in 2007.

Eddie served as a bilingual Pastor in the United States in a variety of Spanish-English speaking congregations. He also served as a missionary in Venezuela and Brazil. For the better part of four years, he served as as Coordinator for South America of the Presbyterian Church USA's Worldwide Ministries Division which was located in Louisville, KY. In this capacity he supported the church's missionary efforts in seven countries; helping to select, appoint and supervise  mission personnel. In these duties he was connected to a wide variety of international Christian organizations and churches. His extensive set of professional relationships resulted in him working as the Latin American Coordinator for the Knox Fellowship based in Burlingame, CA in the areas of evangelism, discipleship, and leadership development. During his time in Latin America, he ministered as a theological educator in Protestant seminaries dedicated to the training of nationals for local ministries. He was also a professor of Church History and Systematic Theology at the New York Theological Seminary Hispanic Program in New York City as well as at the Florida Christian University in Orlando in both the Spanish and Portuguese languages. He has served as an Adjunct Professor at the Erskine (Presbyterian) Theological Seminary in South Carolina. He also taught courses for Hispanic Lay Pastors at Columbia Theological Seminary and Louisville Presbyterian Seminary. As of recent times, he has also taught theology and Christian history courses at St. Leo and Barry universities in Florida. He served as an official interpreter at three General Assemblies of the World Alliance of Reformed Churches (now known as the World Communion of Reformed Churches) to the Spanish and Portuguese speaking delegates in Hungary (1997), Ghana (2004), and Grand Rapids, MI (2010). He served as the Associate Pastor for Missions and Outreach of the Faith Presbyterian Church in Tallahassee, FL. He also served as the Associate Executive Presbyter for Latin American Ministries of the Charleston-Atlantic Presbytery. He served as the Parish Associate at the First Presbyterian Church of Gainesville, FL and is a ministerial member of the Presbytery of St. Augustine. Now, with permission of his presbytery, Eddie is serving as the Pastor at our church Fort Caroline United Methodist Church.

Eddie is fluent in the English, Spanish, Portuguese languages. He is deeply committed to the Reformed-Evangelical faith as well as to the holistic/integral Christian mission which includes: evangelism, discipleship, compassion, social concern, and justice. It is his belief that the Church is critically dependent upon the guidance, power, and the fullness of the Holy Spirit which is necessary to fulfill Christ's ministry here on Earth. He is a passionate preacher and teacher, who fully supports fellowship and cooperation among all within the body of Christ's church.

Eddie and his wonderful wife moved to Jacksonville in 2012. He is married to Marcia Leite Soto who is a third generation Presbyterian from Brazil. She served as a lawyer in her native country of Brazil and obtained a Master of Arts degree from Erskine (Presbyterian) Theological Seminary in South Carolina. Eddie and Marica have three adult children and five grandchildren. Soli Deo Gloria! (Latin - Glory to God Alone!).